The Korean Federation for Environmental Movement (KFEM) is a civic environmental organization that takes progressive actions to support core values of life, peace, ecology, and bottom-up participation in harmony with the Mother Nature.

The KFEM has its foundation from the Anti-Pollution Movement Conference since 1984. The growing interests toward the environment have further fostered the development towards the Korean Anti-Pollution Movement Association in 1988, and eventually assembled eight nationwide groups to become one concrete association, entitled as the Korean Federation for Environmental Movement in 1993.

The KFEM is highly interactive in both regional and international domains with the hope of bringing a better environment. In fact, it is the largest environmental NGO in South Korea which encompasses 52 regional organizations, 5 specialized institutions, and 5 cooperative institutions.

Moreover, KFEM maintains an international profile as being a member under the Friends of the Earth International (FoEI) as well as attending and hosting numerous international conferences such as the United Nations Conference on Environment and Development (UNCED), World Summit on Sustainable Development (WSSD), United Nations Framework Conference on Climate Change (UNFCCC), and conferences supporting the Ramsar Convention for Wetland.

KFEM has not only worked closely with other civic grass-roots, but also with numerous international NGOs, including Greenpeace International, the International Crane Foundation, Pacific Environment, the DMZ Forum INC, and Wetland International.

KFEM takes a pragmatic role in addressing major environmental problems through campaigns and interactions with governmental bodies in issues of climate change, nuclear power operations, renewable energy, water and river protection, land, ocean, and wetland conservations and so on.

In fact, these vigorous actions have stopped harmful projects from proceeding such as nullifying proposed nuclear waste dump on Gureop Island, a proposed dam on the Dong River, the construction of cable cars in Korea’s national park, opposing against the Major Four Rivers Project and so on.

Us, the Korean Federation of Environmental Movement, will continue to strive for a cleaner and a sound environment through consistent interactions, monitors, and animated participation in any field for the sake of our present and future generations. 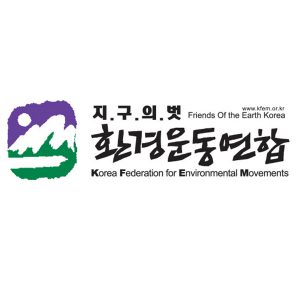 Empty “ESG Management Recommendations” inattentive to victims’ voices are only deceptive Korea’s NCP should do its part in providing remedies for victims instead of advertising company and government policies On the 18th of January, the Ministry of Trade, Industry and...

Samsung C&T fined 15.3 million USD for a large-scale fire at an Oil Palm Plantation in Indonesia

On November 10, 2021, Riau District Court, Indonesia, sentenced Samsung C&T’s subsidiary in Indonesia to a fine of 15.3 million USD for violating the Law 32 of 2009 on Protection and Environmental Management. In September 2019, a large-scale fire broke out burning...

On October 18, the South Korean government's Carbon Neutrality Committee released new 2030 emissions reductions targets (Nationally Determined Contributions-NDCs), which will be confirmed in a cabinet meeting on October 27. But both the targets and the methods for...