Women are disproportionately affected by environmental injustice, climate change, disasters, and the exploitation of nature. This is especially so for women of colour, peasant and indigenous women, LGBTQIA women, and women workers. Despite this, women are not victims.

We see grassroots, anti-capitalist feminism as a key theoretical concept and political tool in the fight for women’s autonomy, equality between women and men, between peoples, and between people and nature. We aim to show, in practice, that this feminism can and is being constructed from the grassroots up, it is relevant to all women and men, and it is representative of regional diversity and different realities.

Friends of the Earth works from the perspective that environmental and social justice are inextricably linked. Just as we understand this connection, we also recognise that climate justice requires gender justice. There can be no significant system change without dismantling the systems of oppression and violence founded on patriarchy, (neo)colonialism, racism, capitalism, ableism, class division, and heteronormativity.

We believe social and environmental justice will become a reality as we challenge and dismantle these systems of mutually reinforcing oppressions that abuse and exploit people and the planet. To reflect these values in the way we work together, we are committed to creating safer spaces free from discrimination, violence, and all types of harassment, including sexual harassment and abuse. Friends of The Earth recognises that sexual harassment is often a gendered abuse rooted in patriarchal power. The people targeted for abuse often find themselves in positions of vulnerability and unequal power relationships.

The global pandemic has made visible and more acute the inequality and systemic oppressions of patriarchy, racism, class oppression, neocolonialism and capitalism that structure our societies and our relationships with each other and with nature. It is these mutually reinforcing oppressions that have contributed to this crisis and determine whether we live or die during it. The current response by governments from around the world appears to be to bail out capitalism, continue a refined version of neoliberalism and hope things will return to “normal” once the crisis has passed. But we refuse to go back to the old “normal”: the dominance; the extractivist neocolonialism; the patriarchal, racist capitalism; the crisis of care.

We demand an end to violence against women – both domestic and by the State – and against nature, an end to exploitation of women workers, the reorganisation of care work so that the responsibility is shared between men, women and the State, and well-funded public health services. We must use this moment as an opportunity to fight for and build system change through the dismantling of patriarchy and all systems of oppression for environmental, social, gender and economic justice in our territories, communities, countries and internationally.

1.Start a GJDP group in your organisation and / or run a capacity building / political formation workshop, so we collectively build our understanding of what patriarchy is and how it functions, and why there is a need for gender justice across the federation and in all our societies.

2.Actively plan and work towards strengthening women and people of colour as political subjects through supporting their leadership, decision making, and protagonism in your group and networks.

3.Speak up and speak out about patriarchal behaviour and power relationships within the federation and in your community.

4.Build alliances and solidarity with anti-racist, anti-capitalist grassroots feminist, and anti-oppression movements; our struggles are interlinked.

5.Incorporate this gender justice, feminist analysis into all campaign work and community organising you or your group do.

6.Use the FoEI Feminism and System Change Strategic Plan to inspire your actions and work and to make concrete commitments to justice within your organisation. 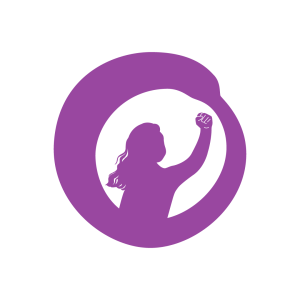 December 10, 2021 | News Update
Climate change litigation, or simply “climate litigation,” has been growing in importance over the past decades. This becomes especially critical for the Philippines in view of its climate change vulnerability, due to its high exposure to natural hazards (typhoons,...
Program Area: Climate Justice and Energy
Member Group: Legal Rights and Natural Resources Center (LRC)

Equity undermined, what we’ve got at the most exclusionary COP

| News Update
While Covid-19 still ravages and so many in the Global South can’t get a vaccine or visa, UN Climate talks were held in Glasgow in the most exclusionary way. As expected the outcomes were just scandalous as it undermined equity and developed nations refused to...
Program Area: Climate Justice and Energy

No more violence, no more silence!

Friends of the Earth International’s commitment to preventing violence and sexual harassment in our federation. We strive for a world without violence against women in all spheres of life – at work, in public and in private. Our struggle for system change, based on...

Friends of the Earth have created a new feminist popular education manual called “Sowing Gender Justice to Dismantle Patriarchy” - based on the political formation and training processes facilitated over many years within Friends of the Earth, with the support of...