Around the world, human rights abuses against environmental and political activists, and defenders of territories and people’s collective rights, are committed daily.

In the last few years, Friends of the Earth Asia Pacific’s member groups’ staff, activists, and supporters have been beaten, sued, kidnapped, bankrupted, defamed, jailed, and murdered for campaigning for environmental justice.

Environmental Human Rights Defenders are at risk because they are fighting against a system that exploits people and nature, concentrates wealth and power in the hands of a few, and has brought the planet to the brink of collapse. They have fought for collective human rights, and thus their own human rights are at risk or have been violated. We must support as well as protect them in their advocacies.

To keep Defenders safe, we call for the development of mechanisms to recognise the role of Defenders, protect them, and include them in relevant decision-making processes. We strive to respond rapidly in situations of violation or violence, according to the needs and wishes of the threatened community, with the aim of bringing perpetrators to justice. We fight alongside local groups and communities to prevent violence. We fight against corporate and State interests that promote these violations.

This work is linked to our international program work, including our demand for an internationally legally binding treaty on transnational corporations and human rights.

Human rights abuses against environmental and political activists and defenders of territories and peoples’ collective rights are committed daily around the world. These are just some of the experiences from the Asia Pacific region.

“Solidarity from the friends of the earth family is very important for community and people that are under threat for fighting for their rights and defending their territory. It shows that they are not alone. Giving communities a voice to be heard in the outside world is very important.”
Nur Hidayati, WALHI, Indonesia

“We must change the system. We need to create sustainable societies and new relations between human beings and between human beings and nature based on equality and reciprocity. But to create these societies and assert people’s rights we need to increase people’s power. That means transforming our own economies, food and energy systems, based on genuine, radical and just democracies centered around people sovereignty and participation.”
Theiva Lingam, Sahabat Alam Malaysia – SAM, Malaysia 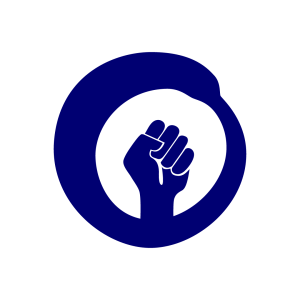 Under Marcos 2.0: Prospects for indigenous rights and climate action in the Philippines

The Philippines’ former dictator Ferdinand Marcos Sr. was in power for 20 years. He plunged the nation into a spiral of financial crisis that by the time he was overthrown the country was under crushing debt. Marcos used Philippine natural resources to enrich his...

Solidarity with the People of Palestine

On the International Day of Solidarity with the Palestinian People, Friends of Earth Asia Pacific reminds the Member States of the United Nations that they have a moral and legal obligation to implement the recognition of Palestine as an independent state and end the...

Pressure on anti-war EHRDs in Russia

During the first six months of the Russian invasion of Ukraine, at least 37 environmental human rights defenders (EHRDs) were prosecuted for their anti-war actions or expressions of anti-war stance in Russia.  One activist has already been given a suspended sentence,...

On February 17, the Public Chamber of the Russian Federation hosted a round table “Observance of the rights of activists and NGOs that oppose environmental offenses”. The event was organized by the Coordinating Council for Ecological Welfare under the Civic Chamber of...

On Tuesday 8 February 2022, 250 police officers and military personnel infiltrated the village of Wadas, located in Bener District in the southern part of Central Java, Indonesia. The officers arrived without warning, armed with shields, weapons and police dogs,...

In January 2022, Russian Social Ecological Union (RSEU) / Friends of the Earth Russia experts recorded 16 new episodes of pressure against more than 18 environmental defenders in 11 regions of Russia. In 2 regions, the situation developed in 2 episodes. Overview...

We stand in Internationalist Solidarity with Ms. Akino Miyagi

Stop the intimidation of forests conservation activists and immediately evict the US military from the Yambaru Forests World Natural Heritage candidate site. Friends of the Earth Asia Pacific expresses its deep concern over the latest news from Japan regarding the...