Wahana Lingkungan Hidup Indonesia (Indonesian Forum for the Environment) was founded in 1980 and joined FoEI in 1989.

WALHI is the largest and oldest environmental advocacy NGO in Indonesia. WALHI unites more than 479 NGO’s and 156 individuals throughout Indonesia’s vast archipelago, with independent offices and grassroot constituencies located in 27 of the nation’s 31 provinces.

WALHI works on a wide range of issues, including agrarian conflic over access to natural resources, indigenous rights and peasants, coastal and marine, and deforestation. WALHI also has several cross cutting issues such as climate change, women and disaster risk management. 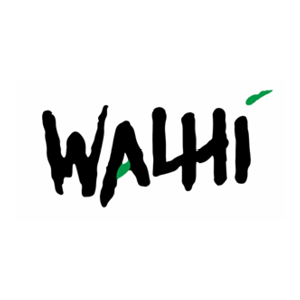 On Saturday, 6 November 2021, WALHI Central Java held theatrical protest in response to COP26 in Glasgow. While leaders are talking, the coast of Central Java is sinking. Walhi is calling for climate justice now, and finance for loss and damages.   Watch the...

ENVIRONMENTAL WIN! In a landmark lawsuit, an Indonesian court has ruled that President Joko Widodo and six other top officials have neglected to fulfill citizens' rights to clean air. The plaintiffs, who included activists and members from WALHI, public figures, and...