Bangladesh Environmental Lawyers Association (BELA) was established in 1992 with a group of lawyers with the broad objective of promoting environmental justice and contributing to the development of sound environmental jurisprudence.

Environment and natural resources support the lives and livelihood of majority of the people in Bangladesh in numerous invaluable ways. Two thirds of the Gross Domestic Products (GDP) come from agriculture whereas sixty percent of the people have their only protein intake from the rich sweet water fishery of the country.

Bangladesh has the largest unbroken coastline of the world and shares with India the largest mangrove forest of the world. The country has an extensive network of about 300 rivers with a flow of 25,000 kilometers. The hill areas of Bangladesh are known for their rich biodiversity and cultural diversity.
While Bangladesh could have been globally recognized for its rivers, coastal area, forests, biodiversity and diverse cultures, the country has instead been commonly portrayed as a land of dense population, natural disasters and political unrests.
This has been primarily due to faulty development priorities, myopic policy approaches and poor governance that have resulted in the over-exploitation and degradation of resources in complete disregard for the dependence of the vast majority of people on the same. This has been compounded by the abuse of power by vested interest groups with economic and political clout.

The rule of law has eroded due to slack or/and absence of implementation of laws which has essentially created a strong culture of impunity in the society. In addition to the governance challenges on the domestic front, the environment of Bangladesh is also faced with external threats. For example, it has long-standing problem with India over the sharing of waters of the common rivers.

Many of the important rivers in Bangladesh have dried up due to arbitrary withdrawal of waters by upstream India. Bangladesh is listed as one of the most vulnerable countries to climate change that threatens the country, amongst others, with loss of territory, increased natural disasters, loss of potable water sources and reduced food production. Due to poor environmental governance, the country is also vulnerable to international trade in hazardous wastes.

Against this backdrop, BELA started its mission as an advocacy group of young lawyers developing legal techniques and strategies to protect the environment and defend rights of communities dependent on nature and natural resources.

Founded by Dr. Mohiuddin Farooque, the organization has paved the way for environmental legal activism in the country and has been the pioneer of public interest litigation in Bangladesh. BELA has adopted various means to create awareness amongst the major actors and the common people about their environmental rights and duties. BELA has published books and other awareness materials, all having relevance to the concept of environmental protection and justice.

It is also active in promoting people’s right to information and the concept of participatory law-making in the country. BELA is a member of Friends of the Earth International, IUCN-the World Conservation Union, Environmental Law Alliance Worldwide (E-LAW), the NGO Platform on Ship-breaking and the South Asian Watch on Trade, Economics and Environment (SAWTEE).

In 2003, BELA has received the Global 500 Role of Honors of the United Nations for its contribution to the promotion of environmental justice. In 2008, BELA was one of first four recipients of the Environment Award given by the Department of Environment of the Government of Bangladesh.

The Chief Executive of BELA has received the Goldman Environment Award (2009), known as the Noble Prize in the environment sector for her successful legal battles in regulating deadly ship breaking industry in Bangladesh. She has also received the Ramon Magsaysay Award (2012) which is widely respected as the Noble Prize for Asia for her uncompromising courage and impassioned leadership in a campaign of judicial activism in Bangladesh that affirms the people’s right to a good environment as nothing less than their right to dignity and life. 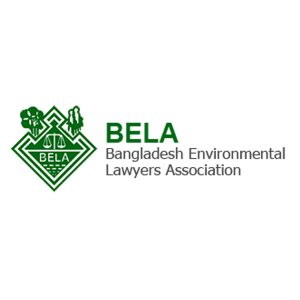 It has been a month since police opened fire on a workers peaceful demonstration at the under-construction Banshkhali Coal Power plant in Bangladesh. They were defending their worker’s rights and payment of their overdue salary. Real World Radio recently spoke with...